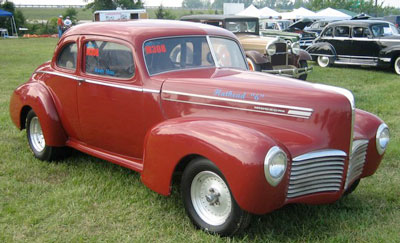 Randy Maas bought this 1941 Hudson Coupe to restore in 1985, but after visiting a few local drag strips decided on building it into a drag car. The engine is a Hornet 308 flathead-6, stroked a half-inch with 7X valves, Boss pistons, Clifford headers and 3 Weber side draft carbs. A turbo 400 tranny transfers power to a Chrysler 8 ¾ inch read end. While his sons Russ and Steve were kids, he and the boys spent many weekends racing their coupe and both boys earned their NHRA license behind the wheel of this 41 coupe. 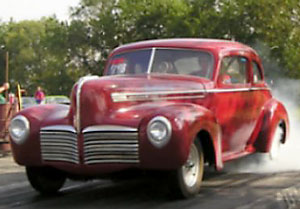 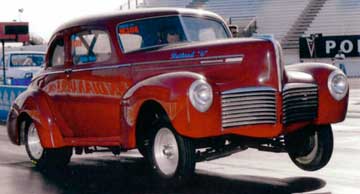